A common misunderstanding is that manufacturing industries are a thing of the past. In reality, manufacturing continues to play a central role in the modern knowledge-intensive economy. Growth does not occur either in the service sector or in manufacturing, but rather through a synergy between the two sectors. The lion’s share of exports as well as investments in R&D in European economies occurs in the manufacturing sector.

It is worrying that the manufacturing businesses in many European countries are struggling to grow in the face of increased global competition. Many European economies today have lower industrial output than they did before the global crises of 2007/2008. Although competition from countries such as China is significant, an industrial renaissance for Europe is within grasp – if only the right policy environment can be created. 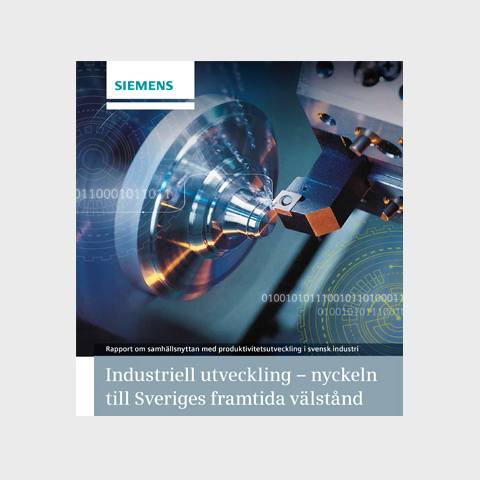 Since the turn of the millennium, the manufacturing sectors in most Western-European countries have been struggling. Increasing the rate of industrial production can over time have a major impact on prosperity. Nima Sanandaji illustrates this point in a report published for Siemens Sweden.

The notion that European manufacturing cannot compete with the rest of the world risks becoming a self-fulfilling prophesy. In reality, a European industrial renaissance is within reach. What is needed is a boost in the business environment. This report, published in co-operation with the Swedish Association of Industrial Employers, argues for a more optimistic approach to industrial growth.